A Smart Investment in the Future

A Smart Investment in the Future

Eldon Graham knows a good investment when he sees it. And that’s why he supports OSU students – in an extraordinary way.
In fact, Graham’s planned estate gift is the largest scholarship gift commitment in university history. When realized, the Eldon H. Graham College of Engineering Endowed Scholarship will benefit dozens of engineering students each year, in perpetuity.
“I don’t think of engineering scholarships as charity,” Graham said. “I see scholarships as my final investment, hopefully my most successful; my way to encourage innovation, help solve problems, and make life better for people, all done through others.”
The 1960 electrical engineering graduate got his first lessons in financial management from his parents, who were schooled in turn by the hardships of the Great Depression.
Graham’s father was born in a small coal mining community in Colorado. During the Depression he migrated with his parents and brother to Oregon, in hopes of creating a better life. They traveled in a railroad boxcar, and in the bitter winter cold, a young man accompanying them suffered frostbite.
Arriving with less than $100 to their name, the family settled on some property west of Portland, using charred logs they found on the land to build a shack. Money was so scarce, Graham’s grandmother stretched her bread dough with bran that had been milled for cow feed. Years later, “My dad always insisted on white bread,” Graham recalled. “That’s probably why.”
Eventually, Graham’s father got a job as a heavy equipment operator, building logging roads. That’s when he met Graham’s mother, a farm girl who taught in the local one-room schoolhouse.
The young couple bought a piece of land in Hillsboro, where Graham’s father and grandfather built a small two-bedroom house. They dug the basement with a team of mules, cut the lumber with hand saws, and mixed concrete by hand, moving it with wheelbarrows.
Graham grew up in that little house, with a mind bent toward math and science. He began what would be a lifelong interest in HAM radio. And he decided to pursue engineering at Oregon State, where he found a supportive community in the Sigma Phi Epsilon fraternity.
At graduation Graham was commissioned a Second Lieutenant in the U.S. Army’s Signal Corps and trained as a military parachutist. Following service in Germany, he returned to Oregon and was soon hired as an engineer by telephone company Pacific Northwest Bell.  He continued his service in the Army Reserve for another 26 years. His most notable engineering assignment at the telephone company was with the Harney Project: an initiative which established telephone service for approximately 350 ranch customers scattered over an area in southeast Oregon as large as the state of Rhode Island.
Graham spent the last several years of his career working in the company’s law department. “You never know for sure what you’re going to end up doing. I would never have guessed that for me it would be the law,” he reflected. “But engineering taught mental discipline and attention to detail and both worked well in the law.”
After retiring in his early 50s Graham began to study financial management and devoted time to nurturing his savings.  The steady growth of his investments produced what he calls “unimagined results.”
As he considered what kind of legacy he would like to leave behind, his mind turned to scholarships. “College has become incredibly expensive,” he noted, “in part because the state no longer provides the level of support it did during my undergraduate days.
“You don’t have to be the best, just do your best. That’s all I ask of my scholarship recipients.”

To learn more about how you can plan tax-wise gifts and help support OSU students for generations to come, contact Jennifer Milburn, Senior Director of Gift Planning at Oregon State University Foundation, (541) 737-6125 or Jennifer.Milburn@osufoundation.org. 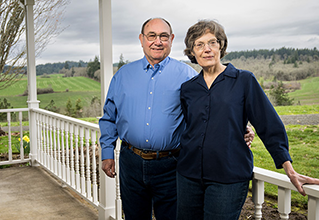 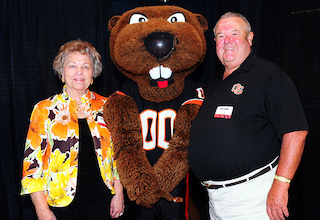 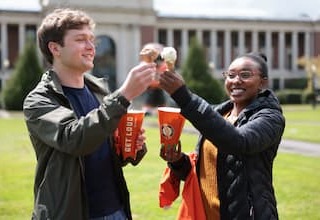 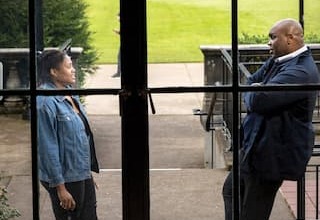 Invested in their Success