Mr. Underriner is regional chief executive officer for Providence Health and Services, Oregon, a position he has held since 2013. In this capacity, he leads an integrated network that includes eight hospitals, a health plan, home health, long-term care facilities, medical clinics, and affiliated health services. Mr. Underriner joined Providence in 1984 and has worked there for over 30 years in advancing leadership roles. He has earned numerous awards during his career, including the Providence Health System Oregon Region Diversity Leadership Award and the Ethics in Business Award from Samaritan Counseling Center. 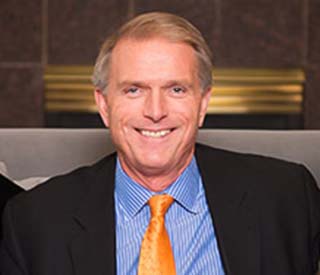 He is a member of the Oregon Health Leadership Council, Oregon Business Council, Portland Center Stage Board, All Hands Raised Leadership Council, and the Oregon Association of Hospitals and Health Systems (OAHHS) Board of Trustees. Mr. Underriner is a member of the Council of Trustees of Our House of Portland, which provides services to people with HIV/AIDS. He is also an honorary board member of Delta Society, an organization dedicated to improving health through the use of therapy and service animals. Mr. Underriner formerly served as board member of the Portland Business Alliance, Janus Youth Services, and Trillium Family Services.